If you are like me then when you set something up, like the “Spaces” on your Mac, then you want them to be setup the same way when you go to use them the next time. But in Mac OS X Lion (and presumably Mountain Lion) apple had a seemingly brilliant idea, have Mission Control take care of rearranging spaces for you based on your most recent/frequent usage.

So initially this process must have seemed like a feature not a bug to the developers. But when an average user like myself starts using spaces and finds that the spaces that I had so carefully arranged for themselves are not in the places that I left them, it can become a bit frustrating. And not only can it be annoying but it is the default behavior for Lion.

But thankfully there is a fix for this, and it is actually quite simple, but the additional productivity that I have added as a result of conquering this little “issue” has been amazing. Never underestimate the power of simplifying your workflow. 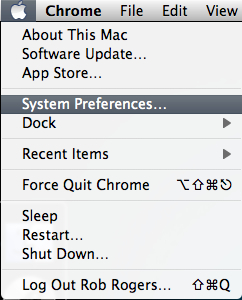 3: Uncheck the Automatically rearrange spaces based on most recent use checkbox.

And here is a brief Video Tutorial that goes through the basic steps with you.

A big thanks to TechRecpies for the post that helped me find a solution to this problem.